Ms. Smith received a Bachelor’s in Elementary Education from the University of Maryland. She earned her first Master’s in Educational Technology from George Washington University and her second Master’s in Educational Leadership from George Mason University.  She became a Nationally Board Certified teacher in Early Childhood Education in 2013. Ms. Smith’s entire career in education has been in Arlington Public Schools (APS).  She began her career as a teacher at Hoffman Boston (HFB) in 2005.  She taught 2nd and 3rd grade for 11 years at HFB.  In 2016 – 2017, she moved to the APS Department of Instruction to serve as an Academic Support Teacher for Title 1.  In 2017-2018 she moved to Barcroft Elementary to serve as the Assistant Principal. Ms. Smith is thrilled for the opportunity to return to the HFB community as the Principal. As a teacher at HFB, Ms. Smith developed and nurtured positive community and family relationships.  She believes in family involvement and creating the best environment for students and their families.  As the new principal, Ms. Smith looks forward to continuing this work and continuing the great academic achievements that have been happening at the school. 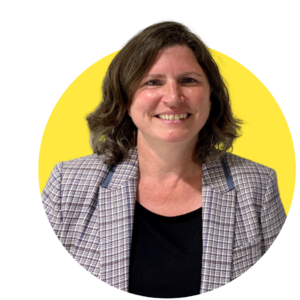 Suzanne Paul was appointed Assistant Principal at Hoffman-Boston Elementary School. Ms. Paul has served as a Physical Education teacher at the school for eight years prior to becoming the PBIS coordinator at the school. She led the rollout of the PBIS model, training staff and families to understand the model and ensure fidelity of implementation. She has focused on ensuring positive relationships and a strong community and climate in the school.